The Danger of Running a Dryer Vent Not Vented Outside

The Danger of Running a Dryer Vent Not Vented Outside

In addition to feeding mold, moist air trapped inside your home can lead to structural issues. Wood, drywall and other common building materials easily absorb moisture, and doing so can cause rot. Venting your dryer into your attic could shorten the lifespan of your roof, and venting it into a crawl space or basement can damage your floors and their support beams.

Earth isn’t really an issue when venting a dryer inside, but wind and fire certainly are. Dry and fluffy, lint is highly flammable. Dryers do have lint traps, but they never catch all of the lint. Some is always expelled with the dryer’s exhaust.

If you vent your dryer inside, lint particles will accumulate in the venting area. After that, one spark from a faulty electrical wire is all it takes to set the lint on fire. To try and contain the dryer’s lint output, some people vent their dryers into containers of water. This does reduce the amount of lint flying around, but it also adds to the moisture problem.
Speaking of lint flying around, take note that indoor dryer venting reduces the air quality in your home. Dryer lint certainly isn’t toxic, but it does come out of the dryer in very small particles. If inhaled, these lint particles can aggravate asthma and other breathing problems in some people.

To vent your dryer properly, you truly do need to send the exhaust outside. To get it there, use a smooth, rigid metal vent pipe. The corrugated plastic dryer vent hose commonly seen on dryer vents creates a fire hazard by trapping lint in their ridges. They also sag, further restricting airflow and trapping more and more lint over time. 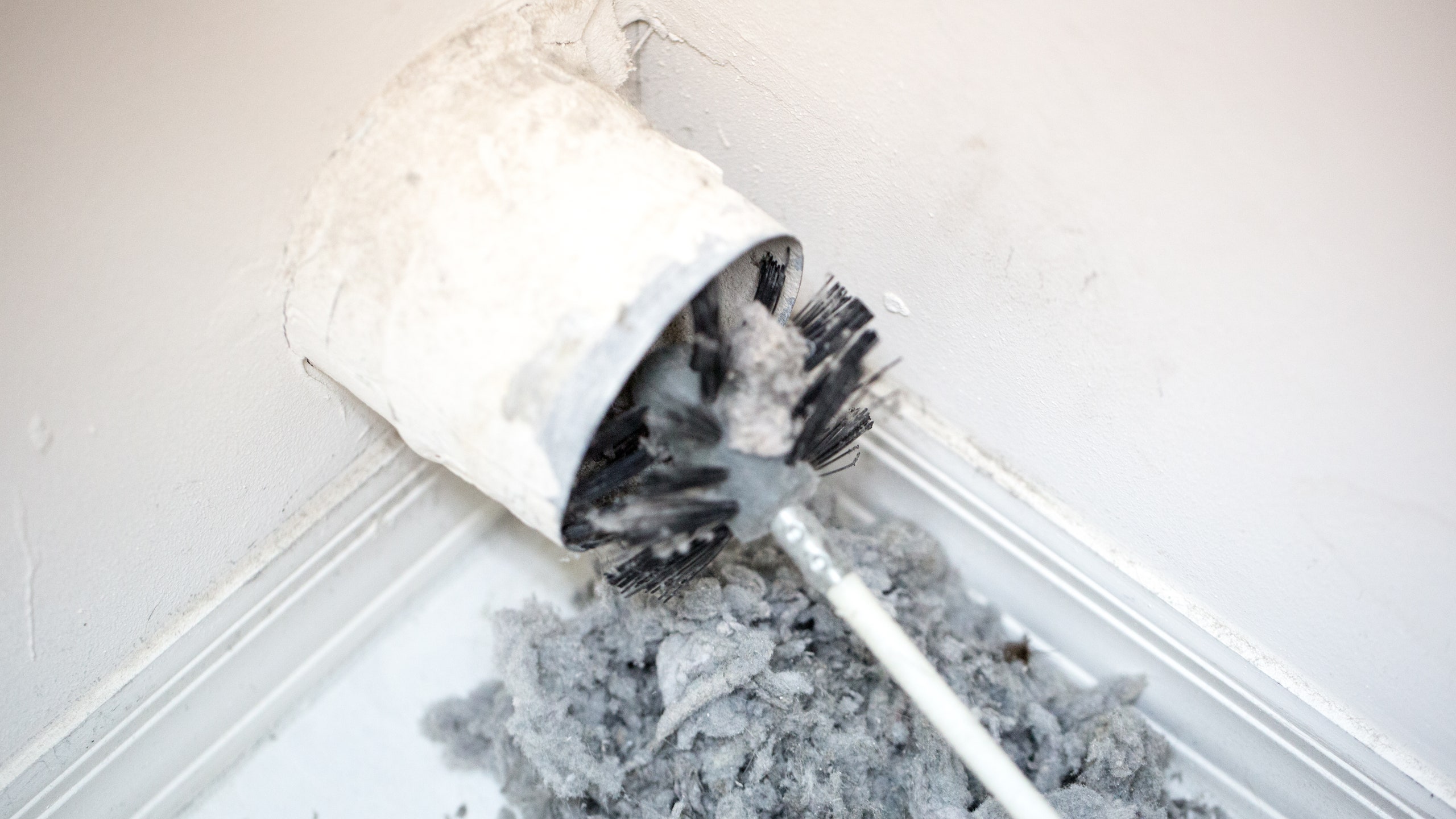 Safety Tips for Running a Dryer Without a Dryer Vent

There are several strategies you can use to run your dryer without a vent. These precautions can help reduce the risk of gas buildup or fire hazards.

Poorly ventilated dryers often release gases and moist air, you can reduce the harmful effects of these components by keeping the room well aerated. All doors and windows should be opened when the dryer is running.  This will reduce the buildup of harmful gases and warm/moist air.

Equip your dryer with a temporary aluminum hose that can channel warm air, lint, and gases outside the home. In this way, the indoor air remains safe to breathe, and the dryer itself can operate with increased efficiency. A simple dryer hose can make a huge difference! Sometimes a window dryer vent can help too. Just attach a dryer vent hose from your device!

The Warning Signs For a Dryer Fire 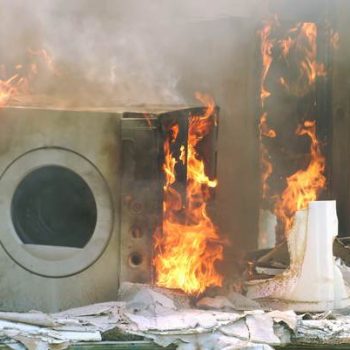