Why You Need to Clean Dryer Lint Trap Every Time?

Why You Need to Clean Dryer Lint Trap Every Time?

How Often Do You Clean Dryer Lint Trap?

It’s highly suggested that you clean your dryer lint trap after every use. It only takes a few seconds but it is still something we all tend to forget to do from time to time. Unfortunately, if this chore is continually ignored there could be some severe consequences to follow. Try to keep these following 4 reasons why to keep your dryer lint trap clean in mind the next time you take a nice warm fluffy load of laundry out of it. Why You Need To Clean your Dryer Lint Trap After every use?

Safety is one of the top concerns. If your dryer lint trap isn’t being cleaned after every use, your safety and your family’s safety could be at risk. Lint is a flammable material and if not properly cleaned from the dryer, it could cause a fire.

2. Prolong the Life Of Your Dryer

A clogged/full dryer lint trap will cause your drying time to run longer as the air flow is being restricted, causing your machine to work harder and less efficiently. This will slowly be shortening the life of your dryer. Nobody wants to have to replace an expensive appliance after a few short years of ownership.

Dryers aren’t cheap, especially if you buy a top-notch version that sings and comes with several other features. The last thing you want to experience is an expensive dryer failing on you before it should. Although you spend more money on a better model, this doesn’t make it resistant to failure due to improper care.

You spent your hard-earned money on your dryer, so treat it as an investment and take proper care of it. If you maintain it well, it’ll increase its lifespan, and you’ll get your money’s worth.

Looking for another way to save money? Keeping your lint trap clean will help you save on energy costs. A dirty  trap will cause your dryer to work harder than it should have to.

This causes an increase in energy use. If you’ve noticed that it takes your dryer longer or several cycles to fully dry your clothes, then you may need to give it a good cleaning and start saving money.

Your dryer’s lint trap releases hot air and moisture outside. If there’s a build-up of lint inside of the trap, then this lint can become stuck inside the trap. When this happens, mold is given the opportunity to grow.

Once mold begins to grow inside the lint trap, it can spread to other areas inside or outside your home, causing health issues. 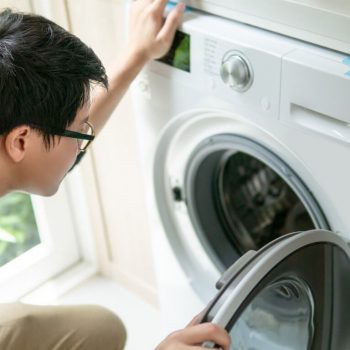 Dryer Vent Rerouting: Why it's Important? 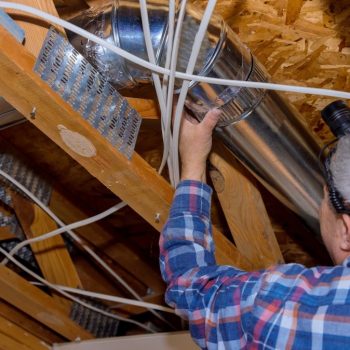