How to Identify Mold vs. Mildew in Your Home

How to Identify Mold vs. Mildew in Your Home

What Are Mold and Mildew?

Mold and mildew both are fungi that develop as a result of excessive, unchecked moisture in confined spaces. They grow in a wide range of temperatures, with some strains especially thriving at higher temperatures. Both of these types of fungi can eventually damage the home or cause health concerns.

How Mold and Mildew Form

Mold and mildew need the right conditions for growth. To begin, they need mold spores as a type of seed. Spores grow with three factors: food (such as soil), water, and oxygen. Increasing or decreasing any of these factors will cause mold and mildew to grow or die.

Spores land on the surface, germinate, and grow. Mold and mildew may start as early as 24 to 48 hours after the surface has been dampened. Mildew’s white-gray spots spread outward, not upward, remaining on the surface. Mold, though, eats into its base—which makes it harder to remove—and sometimes grows upward.

WHAT ARE THE DIFFERENCES IN APPEARANCE BETWEEN MOLD VS. MILDEW?

One of the most important ways one can tell mold from mildew is how each fungus looks. Mildew is typically white, gray or yellow and grows on the surface of moist, warm areas. Its texture is fluffy or powdery. On the other hand, mold tends to be green or black, and it usually grows underneath the surface of anything that has gotten wet. Its texture can be fuzzy or slimy.

WHERE DOES EACH TYPE OF FUNGUS GROW?

Both mold and mildew can grow quickly in warm, moist places. But each type seems to have a preference when it comes to where to start growing. Mildew is often found on items that have damp surfaces, with fabric, paper and leather being some common household items that might end up with mildew after they get wet. Mildew is also sometimes found on the floors, walls or ceilings of areas with lots of humidity, such as bathrooms, kitchens or basements. While mildew can also grow on the surface of agriculture — such as potatoes or grapes — mold is most often the type of fungus found on food, such as cheese, bread or meat. Additionally, it’s not uncommon to find mold in indoor or outdoor spaces that have gotten wet, such as sheds, crawl spaces, garages and boats.

Issues That Cause Mold and Mildew 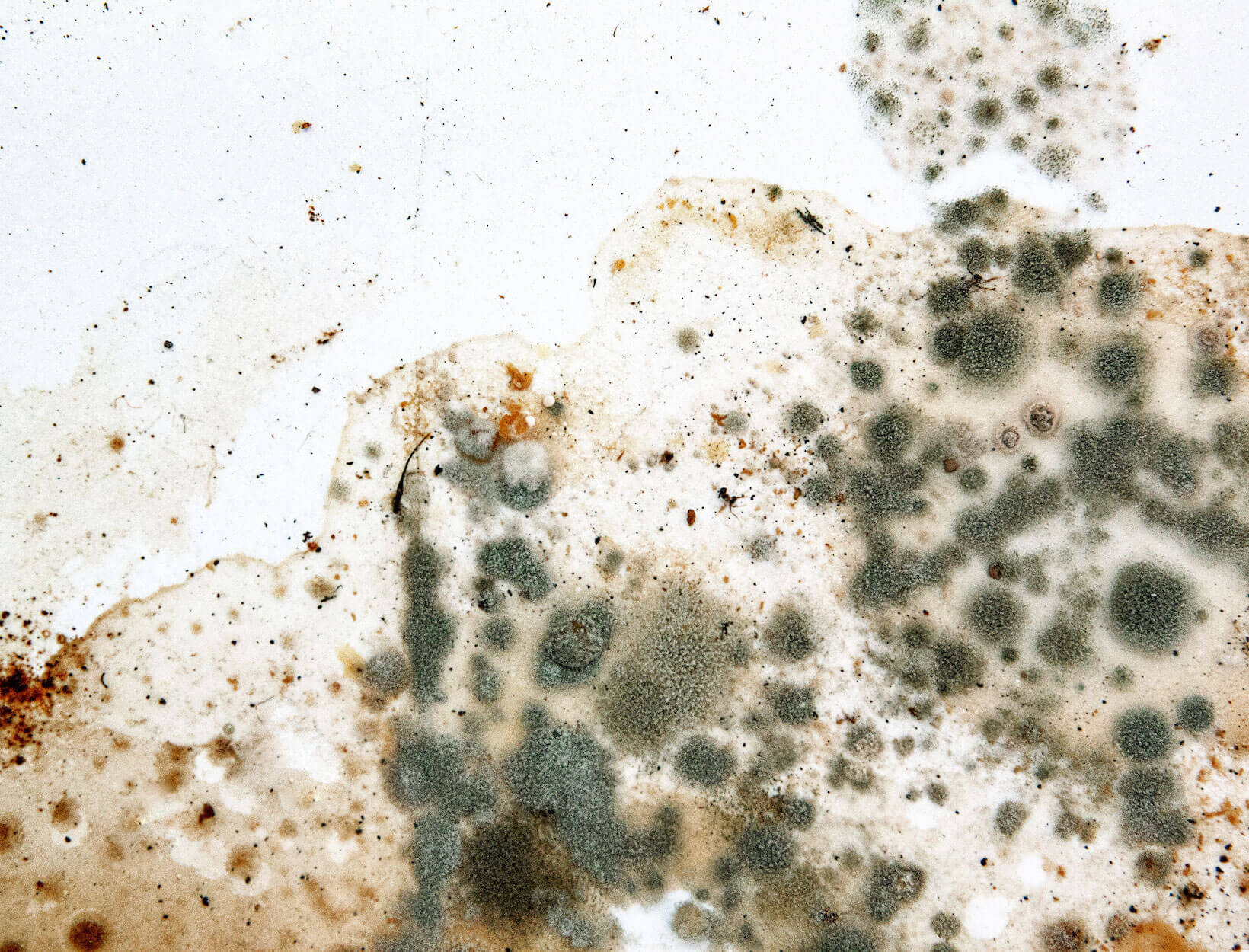 WHAT ARE THE EFFECTS OF MOLD VS. MILDEW?

Mold and mildew have different effects on the surfaces where they grow and the people who live in their vicinity. For example, mildew can harm the food it grows on, but it doesn’t typically leave lasting damage to other surfaces, such as tile floors or bathroom mirrors. Additionally, anyone who inhales mildew spores may start coughing, get a headache or have trouble breathing, so this fungus can present some health issues.

However, the effects of mold tend to be more serious. Mold can damage entire structures, including homes and vehicles, and it can cause long-term health problems for people. The difference in the effects of black mold vs. mildew is pretty stark, as reactions to mold can include respiratory issues, heart problems, joint pain, migraines, fatigue and depression. In addition, anyone who has a mold allergy may experience congestion, sneezing, and irritation of the eyes, throat and skin. This is why it’s important to prevent or treat mold as soon as possible.

How to Clean Out a Dryer Vent in Some Simple Steps